Every time we travel to another ski area I never tire of the scenery its absolutely breathe taking, especially on a day like today with sunny blue skies. The journey to Solitude takes you through Cottonwood Canyon it's twelve miles of magnificent vistas, that cannot be in any way captured by camera the photo's can only give a feel for what it's really like.
Solitude in Utah terms a small ski area but we found there was plenty to do there it has a challenging back bowl as well a good selection of strong black and blue runs it's probably the prettiest place so far and everyone was ultra friendly we spent 10 minutes chatting with the guys in charge of the car parking, although one thing they told us was a bit shocking, Warren Miller makes films on extreme skiing , they were filming there yesterday with one of the guys cliff jumping it appears he miss judged his speed and failed to clear the bottom of the cliff and was killed instantly I know these guys are a bit crazy but it's never nice to hear of such a tragedy. Solitudes major drawback is slow lifts it's only got two high speed chairs, because we were only there for the day it was no big issue for us, but I do feel it would be irksome if you were there for any length of time. Our arrival started well, no sooner than we arrived I was offered a lift pass for $30 what a result, that was lunch paid for. Speaking of lunch we we got talking to a really interesting couple he was English a retired taxation barrister and she French they live in Brittany and come out here for 6 weeks every year, they base themselves in Salt Lake City and were very knowledgeable about the area so we had a pleasant half hour with them as well as a lovely day on the mountain All things considered Solitude was well worth the visit.
Something that has surprised me here is the Americans lack of driving skills they drive these enormous 4x4s and such like, but seem to have no judgement as to the width of the vehicle, in a street situation you keep getting these standoffs where one waits for the other to pass neither wanting to make the first move, it's quite amusing.
Tomorrow we are off to either Alta or Snow Basin the weather will dictate which one. 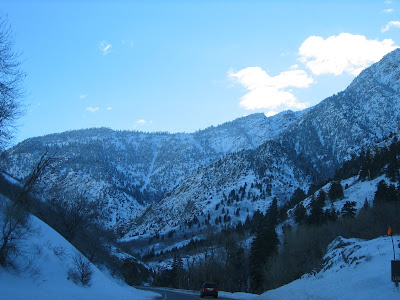 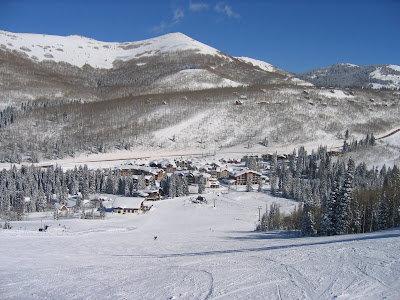 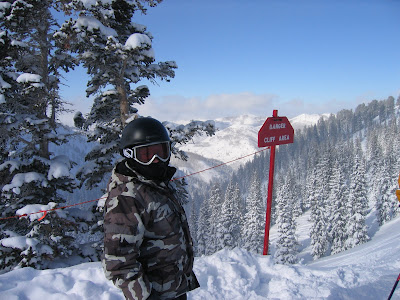 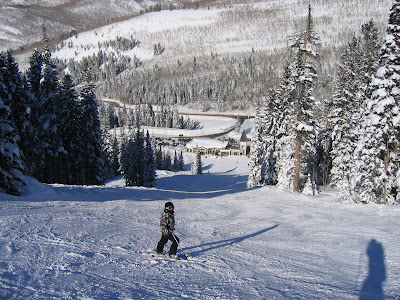